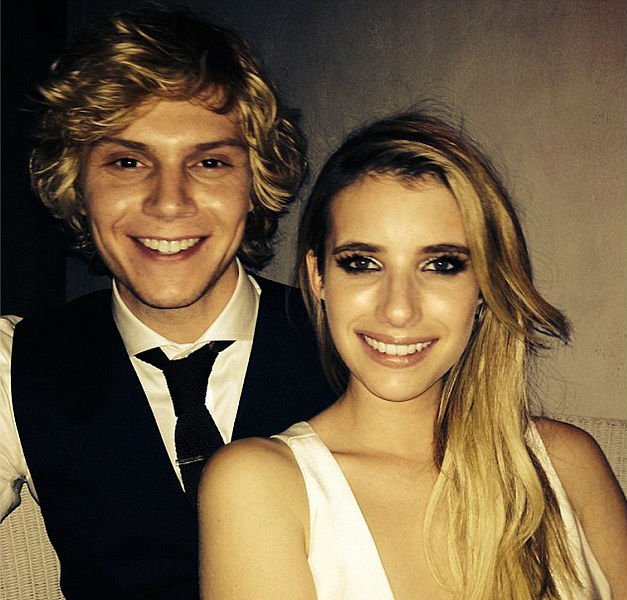 I thought after she beat him up in Canada that they wouldn’t survive that, but apparently Emma Roberts and the adorably sexy Evan Peters are still together because they showed up to the premiere of American Horror Story: Coven together. I am in LURVE with this boy and I am LIVING for Coven to start in 2 DAYS!

http://youtu.be/oyS_o5-k7-U
Oh Gina Gershon, how I love thee. You have always given me nothing but continuous joy and I feel like you are an actor just for me and my taste. House of Versace is going to be every, single thing left on the planet and I will watch the SHIT out of this TV movie on Lifetime. Trust.

Messed lines up and STILL got the job! See kids, when it works, it works. End of.

Audition processes can go on forever it seems, until they decide on a final cast. You always hear stories of what actor or actress was supposed to play whom. For example, my friend Leah Remini got real close to playing Monica on Friends. I love reading about those. This lost audition tape was for The Office. Imagine Seth Rogan as Dwight Schrute? Yeah, me neither. Yes! The genius actor is joining the cast of Downton Abbey as Cora Crawley’s brother, Harold. However, he won’t appear until the finale where he will be joined by Shirley MacLaine. Downton is also getting their first black character played by Gary Carr. After losing so many important characters, DA will have to step up their game big time or else, they really will be a Snore.